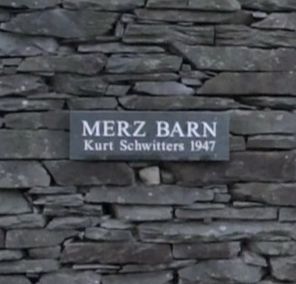 Ian Hunter of the Littoral Arts Trust outlines Kurt Schwitter’s migration story. Fleeing the Nazis to Norway before the outbreak of war Schwitters left on the last boat out to Scotland, landing in Leith. Schwitters was initially interned in Edinburgh Castle then on the Isle of Man before being released to eventually settle in Ambleside. The Lake District seems an unlikely setting for a major European artist. His modernist colleagues having escaped to New York, Schwitters began work on his final project, the MERZ Barn, on a small farm near Elterwater.

To keep in touch with the Littoral Trust’s proposals and arts and educational developments around the MERZ Barn throughout 2014 go to: littoral.org.uk/