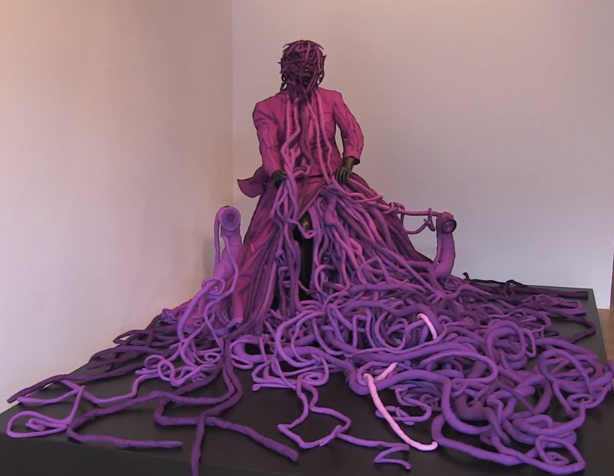 Aaron Kreisler, Curator of Dunedin Public Art Gallery, introduces Edinburgh Art Festival’s and Glasgow Commonwealth’s exhibition, Where do I end and you begin. Taking its title from a work by Shilpa Gupta, the show presents work from a selection of artists from all over the Commonwealth who explore and question ideas, notions and myths that surround community, commonwealth and commons.

Kushana Bush graduated from Fine Arts at the School of Art, Otago Polytechnic; she was the Frances Hodgkins Fellow at The University of Otago in 2011 producing artwork for the show All Things to All Men during her tenure. In 2009 she won the Art and Australia Contemporary Art Award. Bush’s satirical paintings conflate disparate cultures, unsettle simplified notions of East and West and cut across cultural differences.

Where do I end and you begin is on at the City Art Centre, Edinburgh, as part of the Edinburgh Art Festival, until the 19th October 2014.