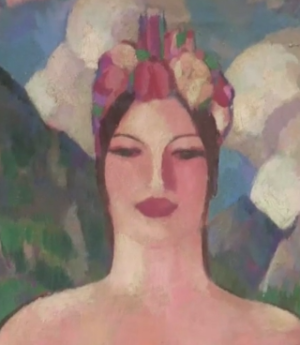 As part of The Scottish Colourist Series, The Scottish National Gallery of Modern Art hosts a large retrospective of colourist J.D Fergusson’s paintings, sculptures and other artefacts. Set out chronologically, the exhibition displays the progression of Fergusson’s work, from his move to Paris in the early 1900s where he discovered Fauvism, to working in the Vorticist style associated with the First World War.

The Scottish Colourists Series : J.D Fergusson is on at Modern Two, The Scottish National Gallery of Modern Art, Edinburgh, until the 15th June 2014.

A partnership between the National Galleries of Scotland, Edinburgh and The Fergusson Gallery, Perth & Kinross Council.