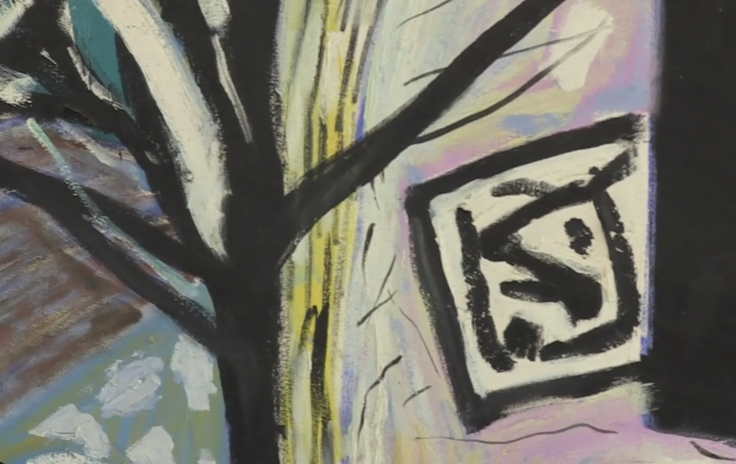 Curator Andrew Brown introduces artist Caroline McNairn’s exhibition, Dreaming of Heroic Days, which is a body of work primarily created when she spent time living in Russia and Ukraine. Brown has been a friend of the artist since they met in art college, and has followed and supported her career until her death in 2010. Brown and McNairn worked together when Brown was running his 369 Gallery in Edinburgh, which a lot of McNairn’s work was often exhibited in.

Caroline McNairn’s style of painting has often been linked to that of French Modernism and Russian icon painting, whilst still retaining a distinctly Scottish colourist influence. McNairn was born in Selkirk to an art orientated family, her father having attended Edinburgh College of Art in the late 1920s before working in Paris under the French artist Othon Friesz, a former Fauve. Caroline’s grandfather, a local newspaper owner also named John, was a talented amateur artist.

Dreaming of Heroic Days is on in the Library Gallery, Summerhall, as part of Edinburgh Art Festival, until the 26th September 2014.