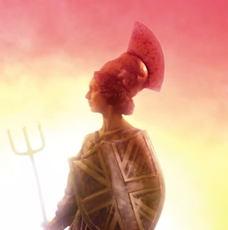 Featuring the work of artists Rachel Maclean, Chris Petit and Ed Atkins, the focus of this year’s Crossing The Line is how experimental film can engage with the wider world, and features artists that use aesthetics to explore ideas of nationality and political identity.

Glasgow Film Festival is on at Glasgow Film Theatre from the 20th February until the 1st March, 2014