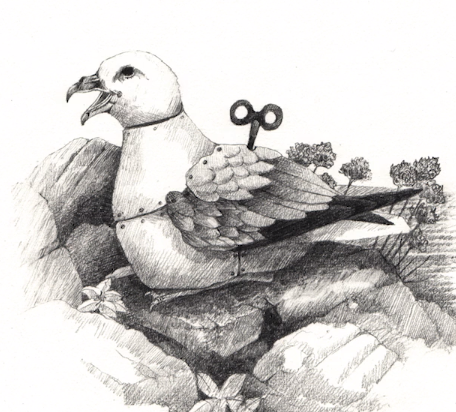 Dave Hammond joins writer Donald Murray and artist Doug Robertson, to discuss their collaboration for the book ‘The Guga Stone: Lies, Legends and Lunacies from St.Kilda.’

Visual artist Douglas Robertson was born and brought up on the east coast of Scotland, which had a major influence on his work.

Teacher, journalist and author, Donald S Murray was raised in Ness in the Isle of Lewis and lives and works in Shetland. Murray has been published in several national anthologies, broadcast on BBC Radio 4 and Radio Scotland.

Find out more about the authors and the book at http://shetlandfilm.org/wordplay/