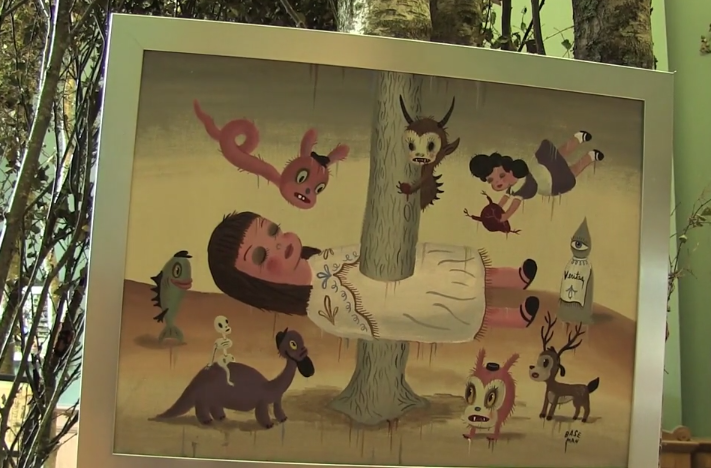 Artist Gary Baseman introduces his exhibition Mythical Homeland, which delves into the real and imagined histories of generations past, interpreting the Holocaust and its lasting effects on culture and identity. Drawings, paintings, and photographs and a short film documentary entitled Mythical Creatures are installed in a small birch tree forest, referencing the very environment into which Baseman’s father fled and survived among other freedom fighters during World War II.

Mythical Homeland is on in the Dean’s Office, Summerhall, as part of the Edinburgh Art Festival, until the 26th September 2014.