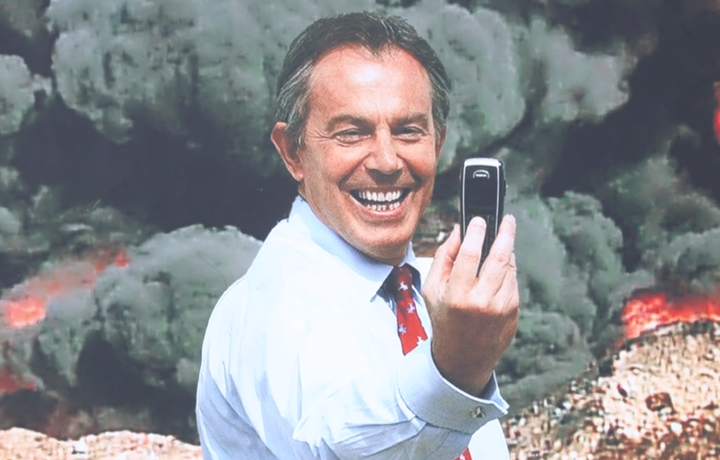 Artists Cat Phillipps and Peter Kennard take Summerhall TV through their installation Demo Talk, which is their response to current events such as the war in Iraq, the conflict in Gaza, and the actions of the British Government on home soil. The key aim for the artists is to get images out to the public in a digestible manner, with much of the work constructed with newspapers, cardboard and placards.

kennardphillipps is a collaboration working since 2002 to produce art in response to the invasion of Iraq. It has evolved to confront power and war across the globe. The work is made for the street, the gallery, the web, newspapers & magazines, and to lead workshops that develop peoples’ skills and help them express their thoughts on what’s happening in the world through visual means. The work is made as a critical tool that connects to international movements for social and political change.

Demo Talk is on in The Studio, Summerhall, as part of the Edinburgh Art Festival, until the 26th September 2014.