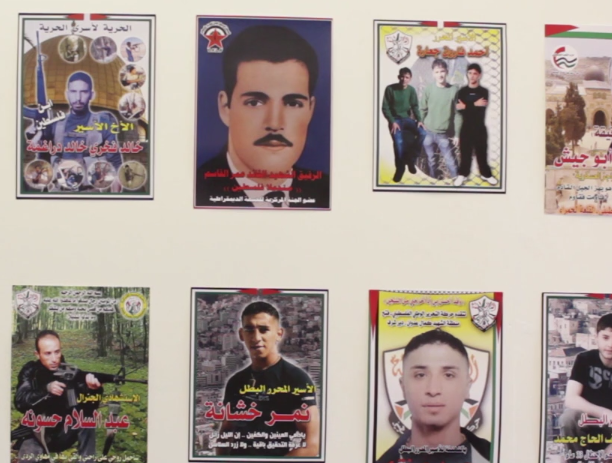 Photographer Scott Caruth introduces his exhibition ‘Molatham’, which explores the role of portraiture photography, graphic design and iconography in occupied Palestine. ‘Molatham’ literally translates as “to cover ones face” and the term is used to describe those fighting both violently and non violently against Israel’s occupation of Palestine.

The show will present work from a Nablus based graphic design company who specialise in martyr and political prisoner iconography alongside a collection of studio portraits collected throughout the West Bank.