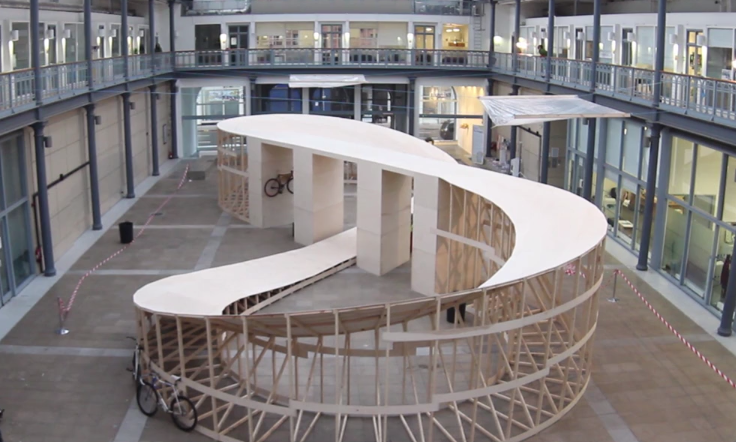 The Briggait is currently playing host to a very large sculpture in its magnificent 1873 hall. Artist Stephen Murray wanted to create a piece of work, which reflected on the recent Scottish referendum, and the Glasgow Commonwealth Games, and so he made a velodrome inspired sculpture shaped in a figure of 8. The piece offers members of the public a chance to interact with it, including a ride around it. Cyclists must be confident in their skills and be aged 18+.

The Comedown is on show at the Briggait, Glasgow, until the 1st November 2014.

One thought on “Stephen Murray : The Comedown”