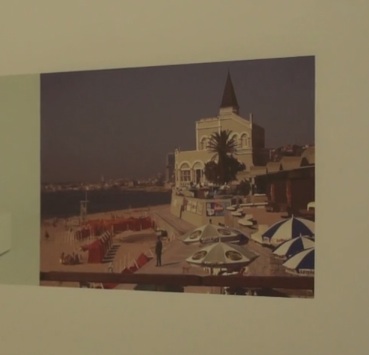 Artists Sam Dransfield, Ryan Gibson and Aleksandra Zawada explain the ideas behind their practice and the Stills Gallery exhibition ‘Constructions of Landscape, Work in Progress 3’. Each artist presents a development of their photographic work, utilising various techniques to test the audience’s assumptions of the language of photography.

Sam Dransfield received a BA (Hons) in Fine Art Photography at Glasgow School of Art in 2012 from which he received the Alice Duncan Travel Award and subsequently in 2013 spent two months living between various Japanese households and traversing the Japanese landscape via the connecting powerlines.

Ryan Gibson received a BA (Hons) in Photography & Film from Napier University in 2011. His work has featured in exhibitions throughout the UK and is held within a number of private collections. His practice explores the talismanic nature of artefacts, such as souvenirs, family photographs and archival image, as a means of mapping places.

Paolo Monti studied photography at CFP Bauer, Milan, before completing a Masters degree on contemporary photography at Fondazione Fotografia, Modena. He was invited to carry out the campaign for the documentation of the Mountain Photo Festival of Aosta and the Cultural District of Valle Camonica and his work has been shown in solo, as well as group exhibitions.

Aleksandra Zawada lives and works in Edinburgh. She graduated from Edinburgh College of Art in 2011, retraining as an artist after studying Medical Science in Medical University in Gdansk (2004). She was awarded 2011 RSA Barns-Graham Travel Scholarship and Andrew Grand Travel Scholarship 2009.

Constructions of Landscape, Work in Progress 3 is on at Stills Gallery, Edinburgh until the 6th April 2014.