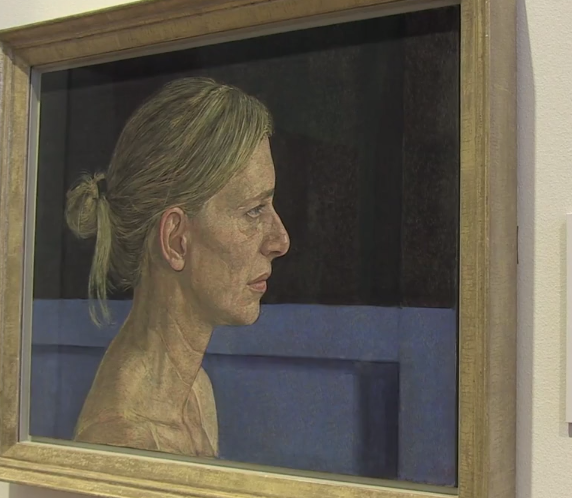 Christopher Baker introduces the BP Portrait Award 2014, which showcases 55 works of portraiture from artists based all over the world. Selected from over 2000 entries, the pieces on display range from portraits of famous sitters, to friends and family of the artists.

German artist Thomas Ganter took the first prize with his portrait of a homeless man he saw after a trip to the Städel museum. Ganter’s aim was to treat the man with nobility and respect in his composition by creating a gold and luxurious background, a nod to traditional portraits of noble figures, whilst also highlighting the social issues with the subject matter.

The BP Portrait Award 2014 is on at the Scottish National Portrait Gallery, Edinburgh, until the 12th April 2015.