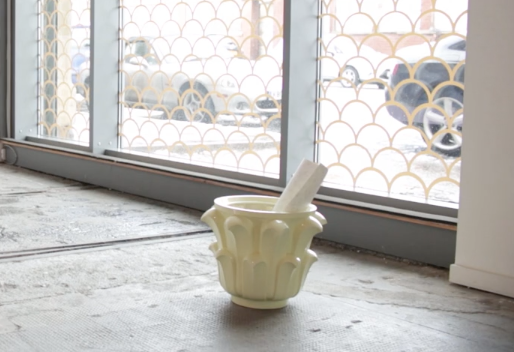 Last chance to see At Every Fading of the Stars, an exhibition of work by artist James Rigler, which is on at Tramway for one more week. Rigler explores the boundaries between important architectural objects and everyday objects. The title of the exhibition comes from an Italo Calvino story in which a city becomes rich, poor then rich again, and the residents end up using architectural objects for everyday uses.
Combining ceramics with other materials, Rigler has responded to the gallery space in Tramway and created a series of objects and 10 columns.

At Every Fading of the Stars is on at Tramway, Glasgow, until 8th March 2015.