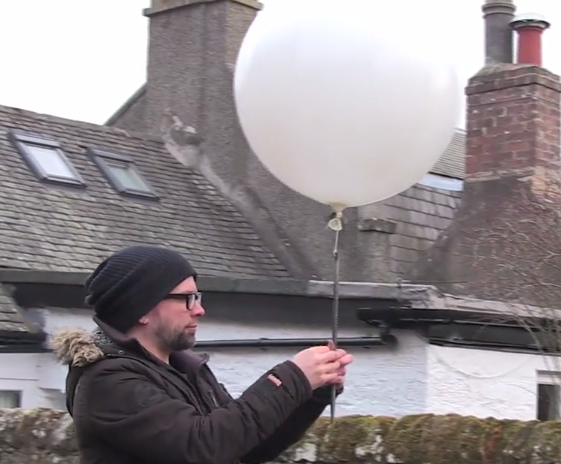 Artist Tim Sandys presents his exhibition, Damocles, which features a number of helium filled balloons, each with a spike hanging from them. The piece draws from the story of the “sword of Damocles”, which sees court member Damocles offered the King’s throne on the condition a sword suspended by a horse’s hair dangles above it. The works are suspended in the car park of Lust and the Apple, curator Paul Robertson’s new art gallery based at Temple, Midlothian. Sculptures and graphic work from Sandys are also on show at the gallery.

Damocles is on at Lust and the Apple, Temple, Midlothian, until 19th April 2015.

Tim Sandys was also part of 2013’s RSA New Contemporaries showcase, which you can see here.