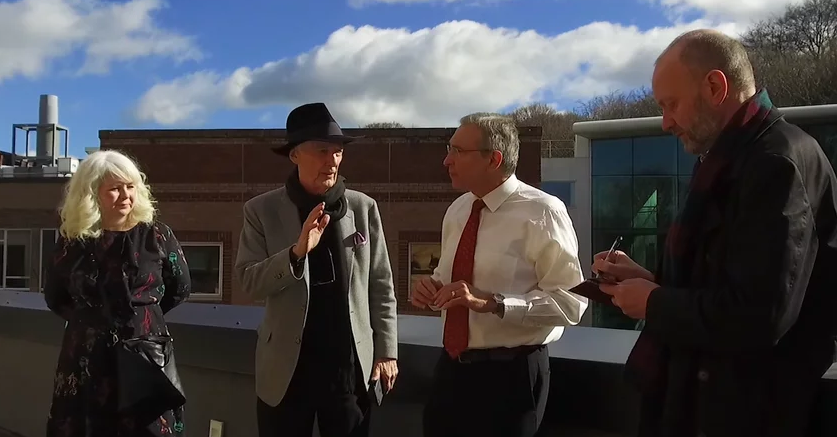 The Solstice Lectures run each Summer in late June in Sanquhar’s Town Hall.

Featuring a panel of international scientists with an interest in the scale, origins and nature of the universe, this year’s panel is being coordinated by exhibition curator Tim Fitzpatrick and Carlos Frenk of the University of Durham.

Running from the evening of Friday 23rd June through Saturday 24th Carlos’ keynote lecture will be followed with contributions by major figures on Saturday, including Noam Libeskind.

The work of Noam and Carlos will also feature alongside that of Daniel Libeskind (Noam’s father) and Charles Jencks in an exhibition titled COSMIC COLLISIONS. This is taking place at the MERZ gallery in Sanquhar from 23rd June till 7th September.

On 24th June Charles will unveil his latest contribution to the nearby Crawick Multiverse and between 23rd June and 7th September there will be numerous ‘Cosmic Conversations’ running at A’ the Airts, the arts and literary centre in Sanquhar.

In addition the MERZ exhibition, Crawick Multiverse and Ian Hamilton Finlay’s Little Sparta at Dunsmyre feature in a Bus Tour running throughout August under the auspices of the Edinburgh International Art Festival.

Further information will appear as available on: