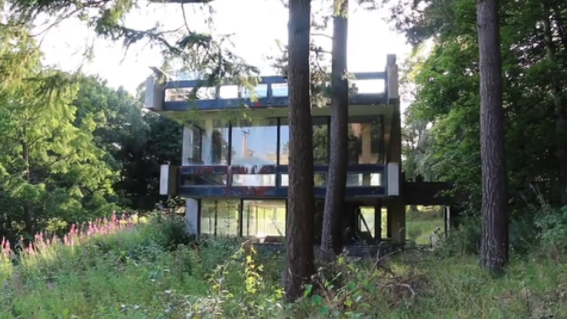 During her extended residency at MERZ Julia Zinnbauer researched, filmed and edited a film on the Scottish Borders’ based architect Peter Womersley. Julia’s earlier films had connected modernist architecture in the United States with the James Bond movies and had reimagined the elegance of their female stars appearing in these settings. In her thirty minute film Julia also engages the work of textile designer Bernat Klein. Klein had commissioned Womersley to build his house near Selkirk with its iconic studio. Although only completed in the early 1970s, the studio is now in a very poor state of repair. MERZ hopes that Julia’s film will help promote efforts to return this extremely important and neglected building to restoration and beneficial local use.