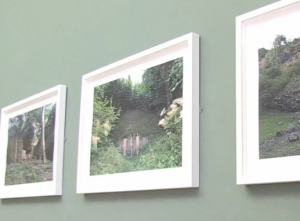 Developed from a project started in 2008, artist Sasha Huber’s exhibition looks at the darker side of a man whose name was made in science. Glaciologist Louis Agassiz was best known for his scientific work, with a Swiss mountain named after him, as well as a crater in the Moon. However, he was also considered to be a racist. His theories detailed in a book, which contained pictures of black slaves to enforce Agassiz’s idea that the race was inferior.

At the opening event on Friday 11th October Thomas Gotz, a Swiss actor was employed by Huber to impersonate Agassiz, delivering a lecture of a text prepared by Swiss Agassiz scholar Hans Barth.

This exhibition is on in the Deans Office, Summerhall, until the 22nd November, 2013.