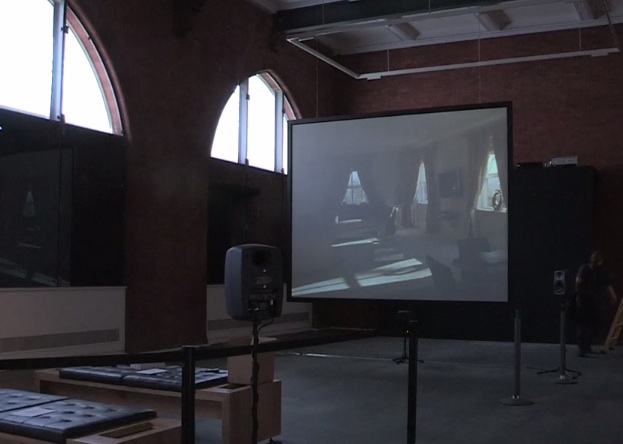 As part of GENERATION, a nationwide celebration of Scottish contemporary art from the past 25 years, artist and filmmaker Luke Fowler is exhibiting his 61 minute film The Poor Stockinger, the Luddite Cropper and the Deluded Followers of Joanna Southcott. Photography Curator for the Scottish National Portrait Gallery, Anne Lyden, introduces the film, which builds a portrait of the Marxist historian and activist E P Thompson using both newly shot and found film footage, along with a voiceover and musical score composed especially for Fowler’s work.

The Poor Stockinger, the Luddite Cropper and the Deluded Followers of Joanna Southcott is on at the Scottish National Portrait Gallery until the 2nd November 2014.