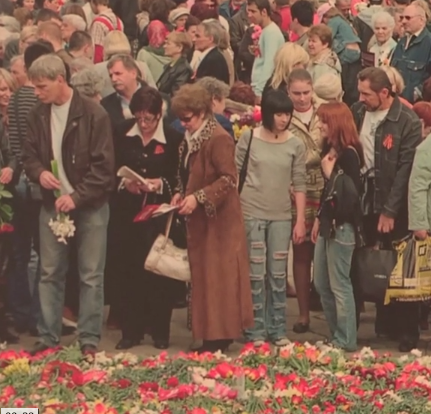 Latvian photographer Arnis Balcus introduces his new exhibition Victory Park, which is a collection of photographs exploring subjects such as politics, gender, and sex. The title of the exhibition is from a place in Riga, Latvia’s capital city, where military parades were held. In 1985 the monument “To the Liberators of Soviet Latvia and Riga from the German Nazi Occupiers” was unveiled in Victory Park. Every year in May people gather here to commemorate the heroes of WWII.

Balcus’ art documentary photography casts a light on a side of Latvian society, exploring certain subjects and their tensions within. As with most countries neighbouring Russia, there is a large Russian community within them. The work is of particular interest at this time as the relationship between Russia and it’s neighbours continues to change.

Victory Park is on at Street Level Photoworks, as part of Glasgow International Festival, until the 18th May 2014.