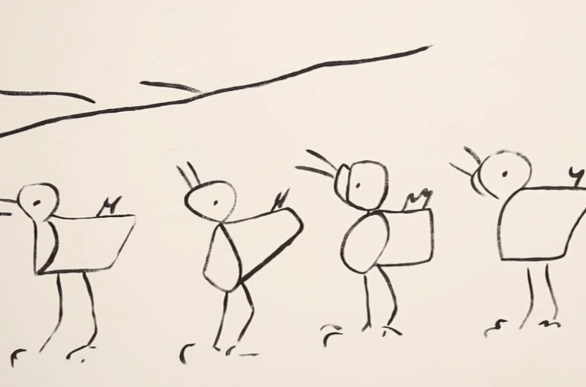 Summerhall is hosting an exhibition featuring a mixture of sculpture, prints and sketches by the late George Wyllie. Summerhall’s Technical Director, and friend of Wyllie, Pete Searle discusses the work of Wyllie, including the artist’s dedication to involving the public in his work.

George Wyllie(1921-2012) was considered to be one of Scotland’s most important and influential artists, and produced a number of notable works including the Straw Locomotive and the Paper Boat. Wyllie was known for including the public in his work, and making art more accessible to those who may not have explored it before.

George Wyllie : Keeping the Balance is on in the Meadows Gallery, Summerhall, Edinburgh. Find out more at http://www.summerhall.co.uk/2014/george-wyllie-keeping-the-balance/