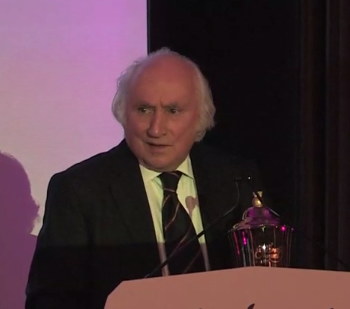 Demarco went to the first ever Edinburgh International Festival when he was 17, and it was here that he became obsessed with the wealth of art and theatre that was to make its way to Edinburgh, year after year. Demarco cofounded the Traverse Theatre in the early 60s, providing a platform for up-and-coming playwrights to show their plays, and further bolstering the vibrant arts and cultural scene in Edinburgh.

To celebrate Richard’s achievement, we’ve compiled our programmes we’ve made with Richard and they can be found in The Richard Demarco Archive over on www.summerhall.tv.