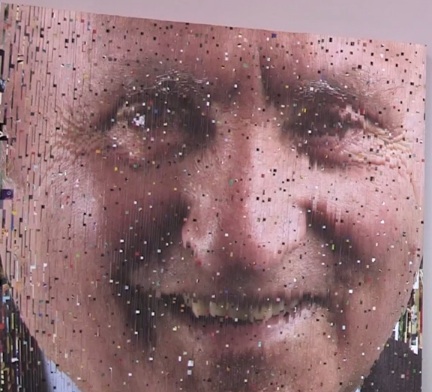 Richard Demarco is a key and influential figure in the arts in Scotland and beyond. Starting from a young age, Demarco developed a keen interest in the Edinburgh International Festival, and has been passionate about the production of art and culture, and supporting those that are involved ever since. He has won many awards for his contribution to the arts, including the European Citizen’s Medal, and most recently the Edinburgh Award.

In 1963, Demarco founded the Traverse Theatre, a platform for new and exciting theatre productions. The theatre celebrated 50 years of production last year with a series of events held at Summerhall discussing the origins of the theatre, and the people that helped shape it.

From early on Demarco started collecting pieces of work and reminders of festivals and events he had been to or had been involved in. This collection of items formed the basis of the Demarco European Art Foundation, which currently resides at Summerhall. The collection acts as an archive of Demarco’s artistic life, from the early days of the Traverse Theatre and his involvement with the Edinburgh International Festival, to his meetings with Joseph Beuys and other noteworthy artists.

Summerhall TV have been granted permission to explore the archive with the help of Demarco himself. We present the first part of what will be a longer programme, which looks into the history of the archive, and incidentally, the history of Edinburgh’s arts and culture scene.