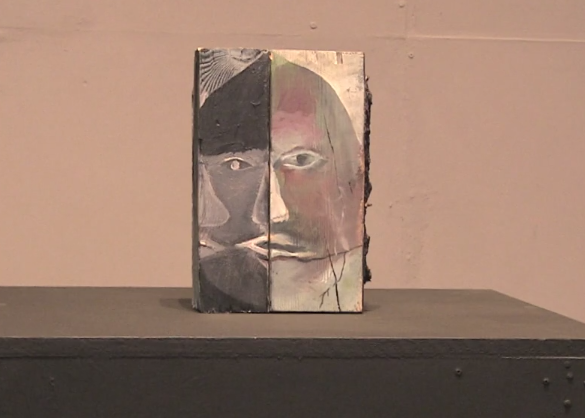 Artist Daniel Domig presents his first UK exhibition, The Heart is a Prideful Beast, at Warburton Gallery. Domig has responded to the gallery’s space and created a large wooden structure similar to scaffolding, in which a selection of his paintings are integrated. Other paintings can be seen around the gallery space, presenting a series layered and merging forms.

Daniel Domig was born in Vancouver, Canada, but grew up in Austria, where his father was from. He attended the Academy of Fine Arts in Vienna, and since then has exhibited widely over the past decade in both Europe and North America.

The Heart is a Prideful Beast is on at the Warburton Gallery, Edinburgh, until the 19th April 2015.