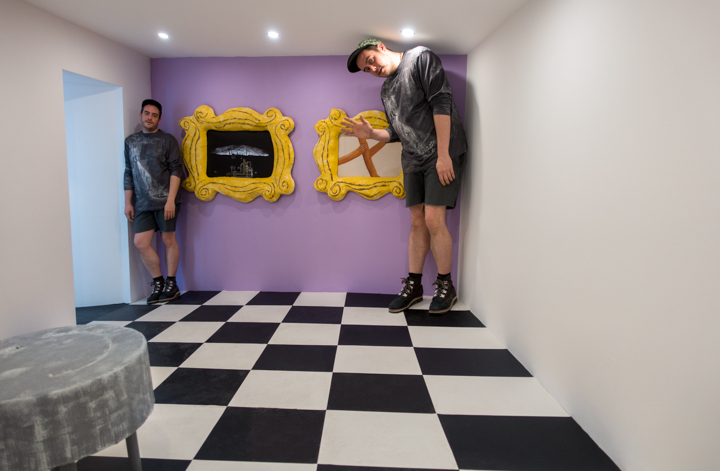 Artist Oliver Braid presents: The one where we wonder what Friends did – A sculptural installation at Hanson Street project space, Glasgow.

Oliver Braid lived in Glasgow between 2008 and 2015. During and since graduating from the Master of Fine Art at Glasgow School of Art in 2010 Oliver’s studio work has been led by attempts to answer a question first posed by Quentin Crisp in 1981; how, if at all, an object may express its maker?

Opposed to tackling the Quentin question directly, Oliver is committed to oblique approaches in order to generate new angles of understanding. Since 2012, Oliver has been considering the query from a perspective known to the artist as The Certainty of Insignificance, which extolls the imperative of ‘existential exuberance’ regardless of attention from others.

As a project, his new sculpture, which will be presented at the Hanson Street Project Space was inspired by the roles played by relationships in late 20th century culture, the collaborative and curatorial practices across early 21st century culture, distortion and medieval mereological thought.

As an object the sculpture was developed with two questions in mind; What is the use of artistic embroidery atop philosophical carpentry? And what is the object that is the relationship between use and not-use?