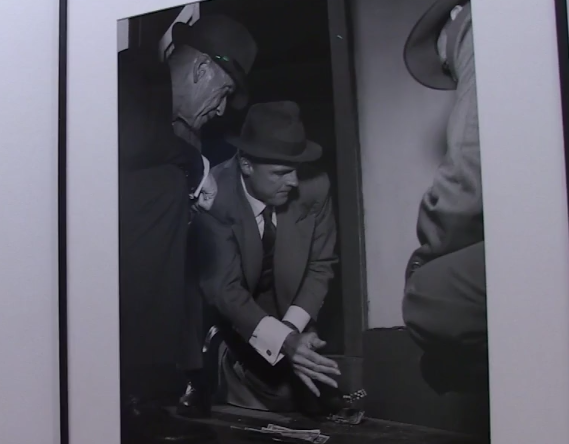 Canadian artist Stan Douglas presents a series of photographs and prints taken from his films, including Der Sandman, up to the just-completed The Second Hotel Vancouver, at the Fruitmarket Gallery. This solo exhibition showcases the work Douglas undertakes to explore themes of mistaken identity, memories, reconstruction and reinvention.

Stan Douglas utilises film and installation to explore the complex links between narrative, whilst also questioning the effect this chosen media can have on the public’s understanding of real life. His works draw reference and inspiration from the likes of Orson Welles and Alfred Hitchcock, as well as the writings of Samuel Beckett and Franz Kafka.

Stan Douglas’s work is on show at the Fruitmarket Gallery, Edinburgh, until the 15th February.