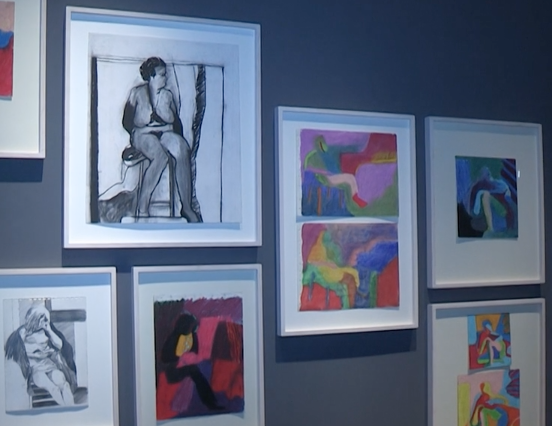 Since moving to the United States in 1975 and taking up American citizenship, Dublin-born Sean Scully has become established as one of New York’s leading contemporary artists. East Coast Light, an early work, was exhibited in Cork in 1973 during a touring exhibition. In the years following, Scully has continued to combine abstract motifs with shaped canvases, although he no longer uses his criss-cross ‘plaid’ pattering that characterizes his first works.

His recent paintings eschew the illusionism which results from over-lapping stripes and consequently have a stronger presence as objects in themselves.
Figure/Abstract is on at the Crawford Art Gallery, Cork, until the 12th September 2015. Find out more HERE