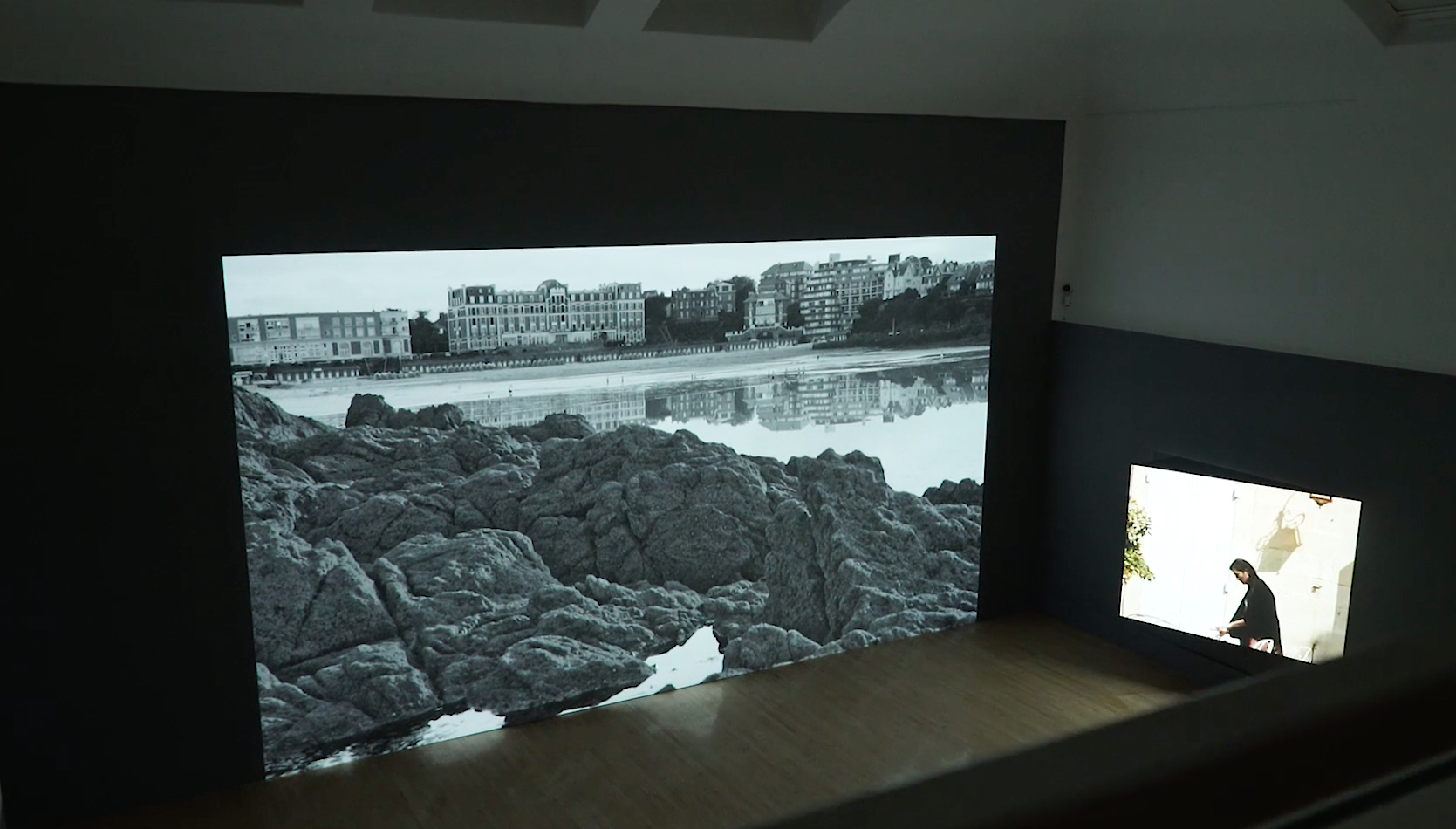 David Claerbout is an internationally acclaimed video artist, known for his subtle manipulation of images and their not-so-simple construction. This exhibition presents six major works from the past 10 years. ‘Radio Piece (Hong Kong)’ (2015) and ‘Travel’ (1996 – 2013) demonstrate Claerbout’s engagement with the possibilities of new imaging technologies and the changing parameters of represented space. ‘The Quiet Shore’ (2011) offers images of a sandy beach in Brittany known for its strong tides and the villas that inspired Hitchcock’s house in Psycho. Focusing on a single captured moment in time – a group of people occupied by something and uncanny glass-like waters – it speaks to the history of photography and suspense. ‘Long Goodbye’ (2007) impossibly bridges two different temporalities, whilst ‘Cat and Bird at Peace’ (1996) provides a restrained commentary on expectation, also recalling Claerbout’s only other solo exhibition in Scotland in 2005. Claerbout’s newest work, ‘The Pure Necessity’ (2016) enters a world of animation that is familiar to many of us. In it he has painstakingly re-animated the animals that are portrayed by the much-loved characters in Disney’s 1967 film The Jungle Book. Removing their human characteristics, Claerbout offers us a series of naturalistic encounters with the animals. David Claerbout presents a thorough experience of an artist whose work can mesmerise and beguile. It concludes Talbot Rice Gallery’s year long season of film and is curated to coincide with the homecoming of Rachel Maclean’s vivid Scotland + Venice installation, Spite Your Face.