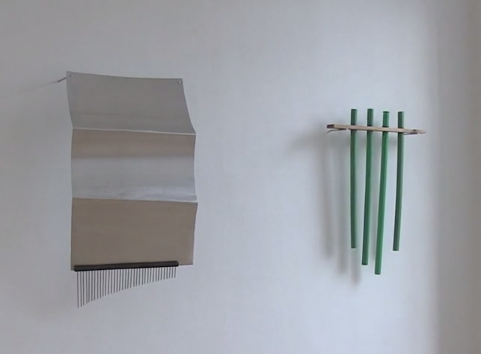 Invented Acoustical Tools 1969 – 2014 is the first UK showing of musical instruments by American artist, filmmaker and musician, Tony Conrad. A pioneer of minimal and drone music, Conrad wanted to expand the boundaries of music that is most consumed by the general public. In order to do this, he created his own instruments based on existing instruments such as violins, cellos and drums.

As well as being a musician, Conrad was also a filmmaker and responsible for The Flicker, a seminal piece in the Structuralist film movement, consisting of a 30 minute series of alternating black and white screens. The film will be shown in full as part of the exhibition.

Luke Fowler and Lee Patterson performed as part of this exhibition at Inverleith House. Find out more about it here.